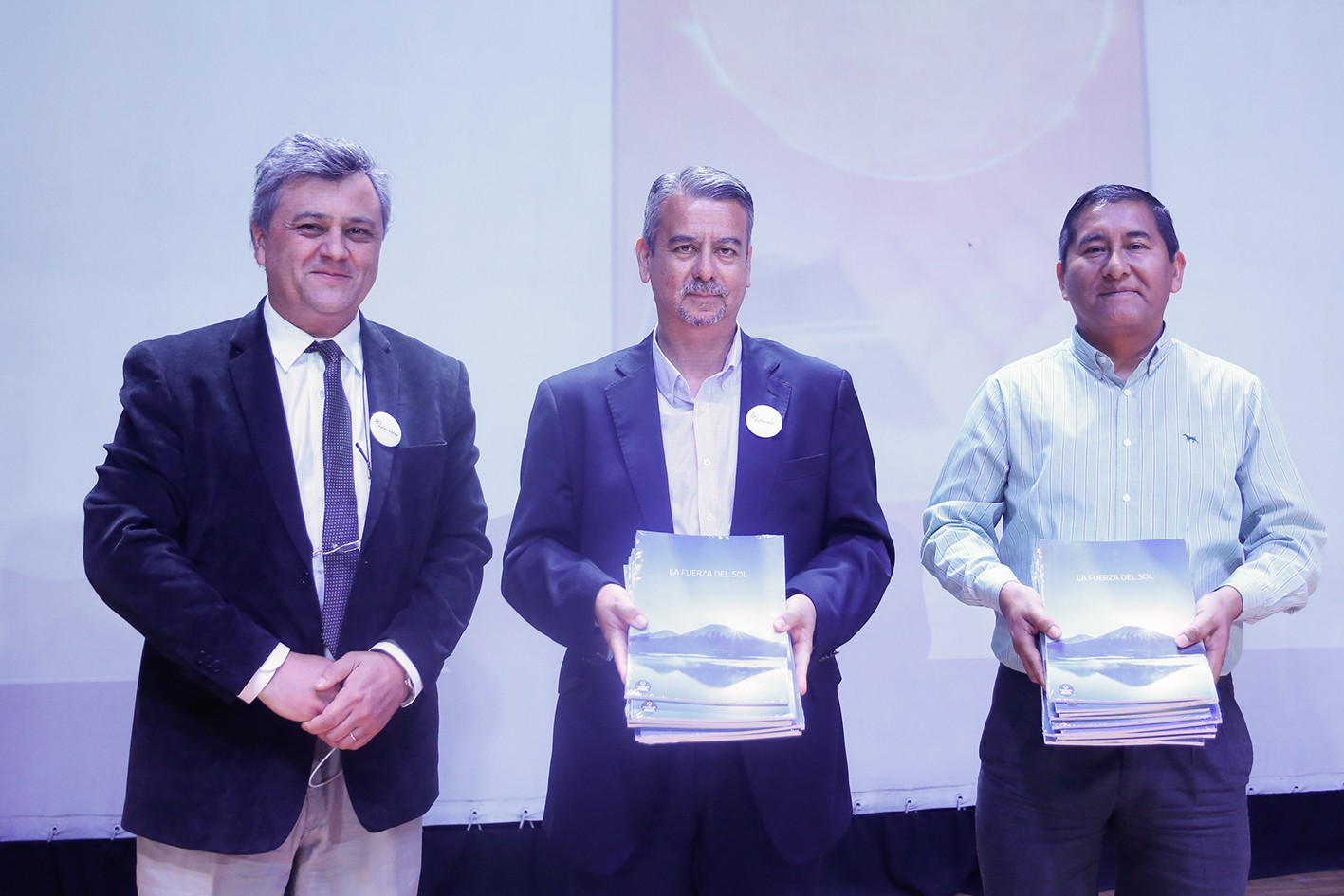 This book devotes 103 pages to the development of solar energy in the world, together with its vertiginous growth in Arica y Parinacota region, Chile. “La Fuerza del Sol” book, edited by Ayllu Solar, initiative from SERC Chile, was officially launched on November 22nd in a seminar with the same name as the book in the main lecture hall of Universidad de Tarapaca (UTA), in Arica, Chile.
Rodrigo Palma, director of Ayllu Solar and SERC Chile, emphasized that the book shows the relevance of the sun for the region. He also said that “We have premium guests that have enlightened us with their presence and made us believe that it is feasible and possible, and soon to happen, to transform Arica y Parinacota into a solar region, extending soon to the rest of the country, too.”
Lawrence Kazmerski, who is emeritus researcher at the National Renewable Energy Laboratory (NREL) and research professor at Colorado-Boulder University, participated as speaker in the seminar to launch the book. His lecture “Photovoltaic Technologies: where we are, how we got here and where we are going to,” explained the current world situation and the Chilean role in this setting.
“More than a lecture, I wanted to be here to promote this book, as a first message. The second message is that I want to emphasize that Chile has great possibilities globally. Also the country is doing a good job and is a leader in photovoltaic energy. Chile is showing the rest of the world how to proceed with this new technology,” stated Kazmerski.
At the end of the seminar, important representatives from regional DIBAM, the council of Chilean libraries, archives and museums, received copies of the book “La Fuerza del Sol.” In the same event, authorities from Universidad de Tarapaca also received some copies of the book. This contribution aims to represent the transfer of scientific knowledge to the community of the region through these institutions.
In the photograph, from left to right, we can see Rodrigo Palma, director of SERC Chile and Ayllu Solar; Sergio Medina, director of interinstitutional and international relations at Universidad de Tarapaca (UTA); and Miguel Flores, on behalf of the regional authority of DIBAM in Arica y Parinacota region.