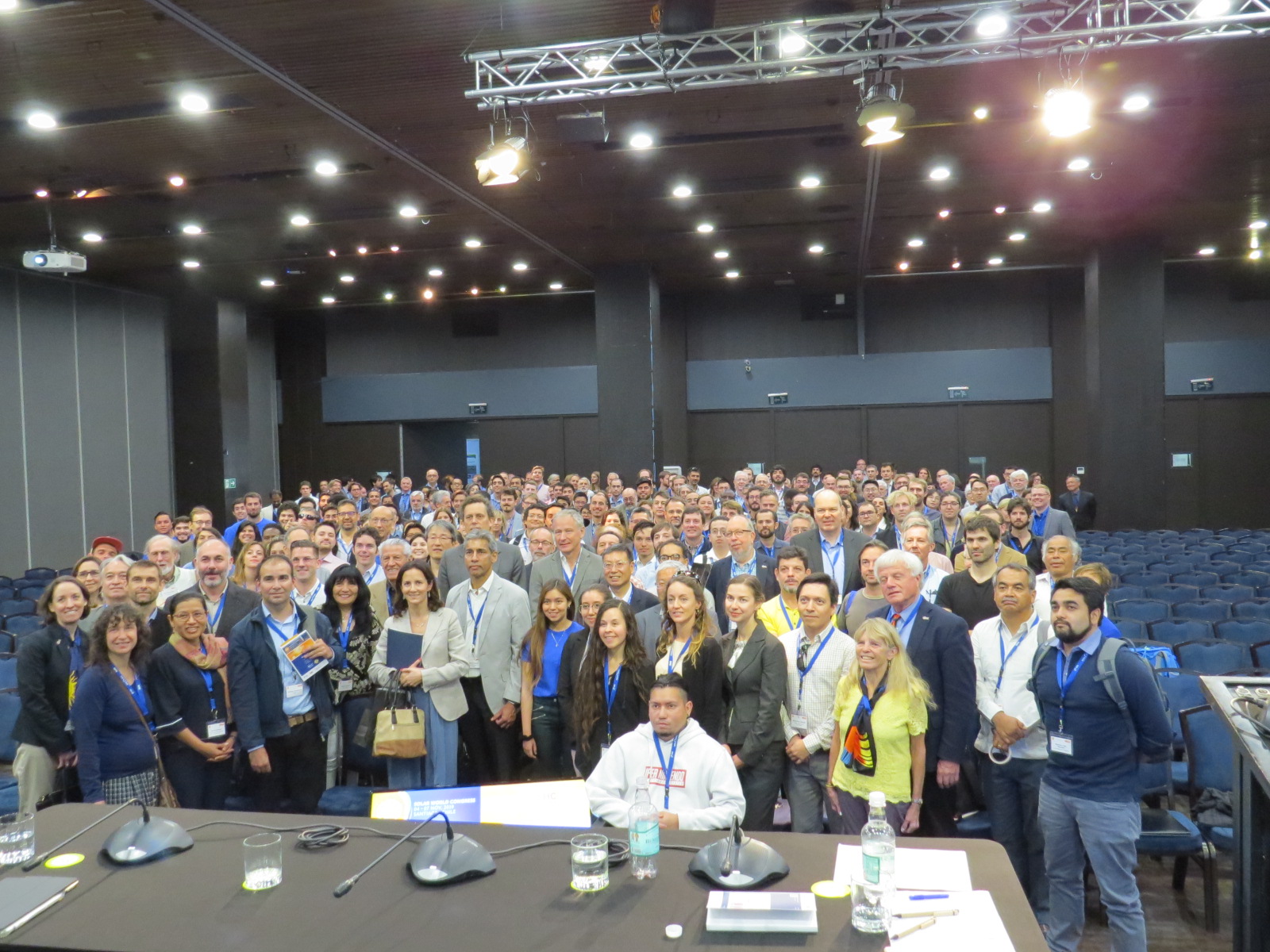 The Solar World Congress 2019, an event of the International Solar Energy Society (ISES), held its 34th version in Santiago de Chile. The Congress had SERC Chile as its local organizer and had the support of the Corfo Solar Committee and the Ministry of Energy.

Whether Chile would host this important solar meeting was decided at the end of 2017 in Abu Dhabi. Since then, SERC Chile and the Solar Committee, with the support of the Energy Center of the University of Chile, industry groups such as Acera and Acesol and several universities, began to organize this event, which was a success in terms of participation. .

The Solar World Congress (SWC2019) was inaugurated in Santiago on Monday, November 4th, with the presence of the ministers of Energy, Juan Carlos Jobet, and of Science and Technology, Andrés Couve, as well as the executive director of the Solar Committee, Max Correa. The 432 scientists, academics and industrial representatives who arrived from 49 countries, met for four days in Centro Parque to analyze the main topics of solar energy: technologies and applications for the supply of solar heat and cold; solar electricity; integration to buildings; solar resource evaluation and energy storage methodologies. Exchange spaces were also developed to analyze training programs for technicians and professionals in specific areas. 311 papers were presented.

This is the first time that the Solar World Congress has been held in South America, and Chile was chosen as the venue for the significant levels of radiation and the purity of the Atacama Desert sky. ISES President, Dr. Dave Renné said in his inaugural address that “Chile is interesting because it has a large solar market, the best solar resource in the world, as well as several solar projects underway and the opportunity to do many more.” Daniel Mugnier, director of the Solar Heating and Cooling Program (SHC), added that “this meeting is absolutely useful for Chile, due to the scientific and natural potential it has.” Practically all the national solar scientific capital is in SERC Chile, which brings together about 80 researchers from the country’s main universities, who have been working since 2013 on how to reduce the barriers that still hold back the country’s solar development, which it is key to the sustainability of our economy.

The Minister of Energy said it at the inauguration of SWC2019: “We are aware of the challenges we have as a country in developing renewable energies and we are committed to energy innovation to advance in cleaner energies.” Minister Couve said that climate change forces an energy transformation, poses the challenge to the country of asking itself how to approach the problem from science and added that “we have to increase research and integrate energy innovation as part of the entire development ecosystem of knowledge”. Along the same lines, the executive director of the Corfo Solar Committee, Max Correa, emphasized that the success of renewable energies lies in multisectoral involvement, with significant participation from the public and private sectors, plus academia.

The scientific chairman of the SWC, José Miguel Cardemil, who is also a researcher at SERC Chile and an academic of Mechanical Engineering at the University of Chile, positively evaluates this version of the congress and affirms that the European scientific community “has a very good impression of the level research in the region ”.

The Solar World Congress is organized by the International Solar Energy Society (ISES), with the support of the Solar Heating and Cooling Program (SHC) and is one of the oldest in the field. Its objective is to maintain communication between the research community, industrial and political actors and, in addition, it highlights the best scientific contributions, which are then published in one of the most renowned magazines in the sector, Solar Energy Journal.