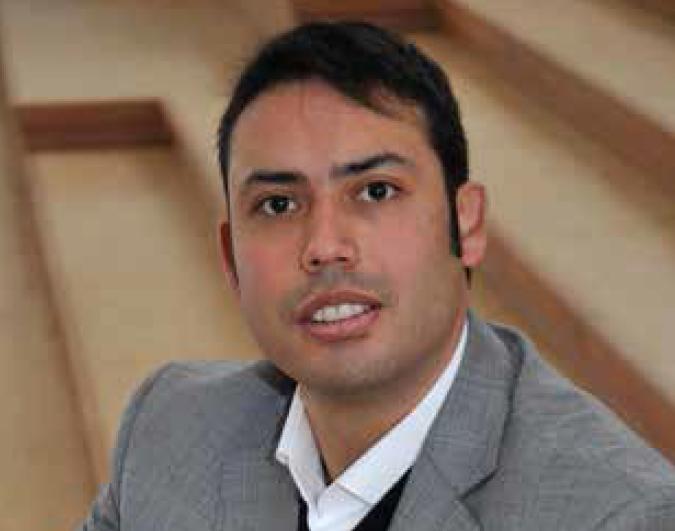 Gustavo Cáceres, SERC Chile associated researcher, was interviewed for the December issue of “Copper and Mining Engineer” magazine (Revista Ingenieros del Cobre y Minería by its Spanish name), where he explained the reason why solar thermal energy is the most efficient option for the mining industry in our country.

“We should move to a renewable matrix”

SERC-Chile associated researcher and academic director of the MSc in Energy and Environment of the Faculty of Engineering and Sciences of Universidad Adolfo Ibáñez tells us about non-conventional renewable energies.

The first Concentrated Solar Power (CSP) plant in Latin America is being built in the middle of the desert in María Elena district, Antofagasta. It is the project Cerro Dominador, which belongs to the company Abengoa Solar Chile. It will produce 110 MW power and 17.5 hours of thermal storage, which allows it to operate with a capacity rate of over 80%.

Gustavo Cáceres is the academic director of the MSc in Energy and Environment of the Faculty of Engineering and Sciences, UAI, and he is also a SERC Chile associated researcher. His opinion is that Solar Thermal Energy is the best option for the mining sector.

Accordingly, the expert states that even if this alternative system appears to be more expensive than photovoltaic, wind and geothermal power systems, it has the undeniable advantage of delivering energy 24 hours straight.

“For example, the project Cerro Dominador can generate 110 MW, 24 hours a day. A photovoltaic system cannot do that since it depends on the sun. Solar thermal energy has the capacity to work 24 hours, which is better suited for the mining industry,” says de academician.

He adds that “the mining industry cannot stop because it needs continuous energy. It is said that solar thermal energy produced with molten salts can be sold between US$120 and US$140 per MWh. US$140 seem to be a reasonable figure for me under those conditions.” “It is more expensive because it is an energy storage system, but you can work 24 hours a day and that produces a balance. If a photovoltaic system wanted to sell for 24 hours, it would not be selling at 80 or 100 dollars per MWh, but at 250 dollars per MWh instead. And this is because the photovoltaic battery – its generation cost – is twice or three times more expensive than generating energy with a panel. Solar thermal energy seems more expensive, but it produces 24-hour generation. Photovoltaic energy is cheaper, but it can’t work for 24 hours,” Cáceres asserts.

How far are we to replace the matrix for one which is renewable?

If there is a country close to achieving that it is Chile. It has the entire renewable energy array, with excellent solar conditions, the best ones worldwide, taking into account the geothermal conditions. There is a lot of wind for wind power since we are next to the ocean. And because we have coast, we could even have tidal technology. As a country, we have a few fossil resources, but we are blessed with renewable energies. We are among the best in the world in terms of renewable energies. Taking sustainability and security into account, we should change to a renewable matrix.

Adolfo Ibáñez University offers the MSc in Energy and Environment at its Faculty of Engineering and Sciences, which emphasizes topics related to non-conventional renewable energies, nuclear energy, energy and environmental planning and issues related to change.

Which topics does the MSc cover?

The most relevant subjects are solar, photovoltaic and solar thermal energies, energy storage and power grids. Several studies are carried out in those areas, from the technological development point of view, as well as the development of materials and system analysis. The problem is studied from different perspectives, including the political-public, economic and social impact. We discuss a small amount of different topics, but we study them from all points of view.

We give open lectures to engineering students at different universities, seminars and energy and environment congresses. Sometimes the industry requests certain profiles, but at other times students request to be part of this MSc since they have done their internships in a mining or energy company.

When there is a project that requires lots of innovation, the developers come to the MSc and we adapt the courses to their project requirements. There are associated initiatives such as the Solar Energy Research Center project. We always try to connect them to projects where innovation is involved.